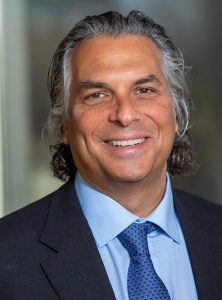 Dr. Fleshner is a clinician scientist and uro-oncologist within the Division of Urology at Princess Margaret Cancer Care Center, University Health Network and is affiliated to Mount Sinai and Toronto General Hospitals. Dr. Fleshner completed his medical training from University of Toronto, followed by surgical residency and fellowship in urological surgery from University of Toronto and Memorial Sloan Kettering Cancer Center respectively. He also completed training in epidemiology from the Mailman School of Public Health at Columbia University.

As the Founder and Co-Director of the McCain GU BioBank, Dr. Fleshner envisioned early in his career the importance of longitudinal study design in urological cancer research and the importance of well characterized samples in such research projects. The current biobank is an offshoot of that early realization followed by years of meticulous work.

In addition to his surgical practice, Dr. Fleshner conducts research on urologic cancer prevention with an emphasis on prostate and bladder cancers. He has authored over 400 scientific papers and lectured at various national and international conferences.